Kindy Kids and seniors play together 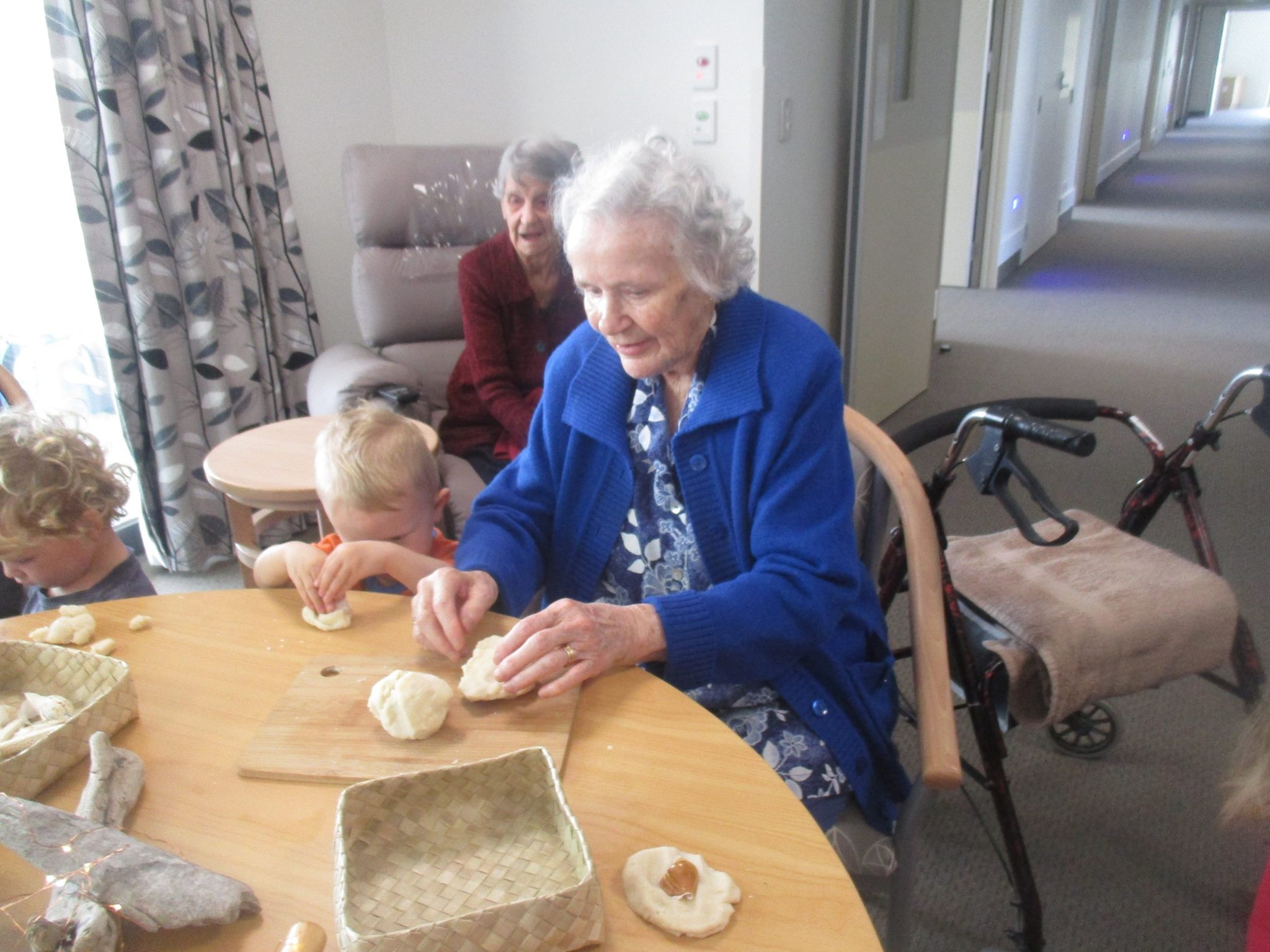 Creators Christian Kindergarten was a scene of giggles, wheelchairs and playdough when the Te Awamutu Courier visited last week.

Creators Christian Kindergarten was a scene of giggles, wheelchairs and playdough when the Te Awamutu Courier visited last week.

Inside the facility on Chapel Drive was a group of children aged two to three and elderly residents from CHT Highfield Hoe and Hospital.

Youngsters and senior coming together is a regular occurrence for the two Te Awamutu facilities.

Once a month the children from Creators visit seniors at the residential and hospital facility down the road on Swarbrick Drive.

The seniors, some with disabilities and dementia, rolled into the early childhood centre on walkers and wheelchairs.

They proved age was no barrier to a friendship - all you need is teddies and sing-a-longs.

Creator teacher Debbie Tucker says it's good for the children to be interacting with people of a different age and stage.

"It's really cool to see these two generations come together," says Debbie

"Both age groups just love it."

CHT activities co-ordinator Carleen Carson says the residents light up in the company of children.

"We know that interactions with children, babies and pets are really positive for our residents," says Carleen.

"Some of the residents don't have nearby family and it's special for them to form a relationship with the kindergarten," she said.

Article as seen in the Te Awamutu Courier 8 February 2018